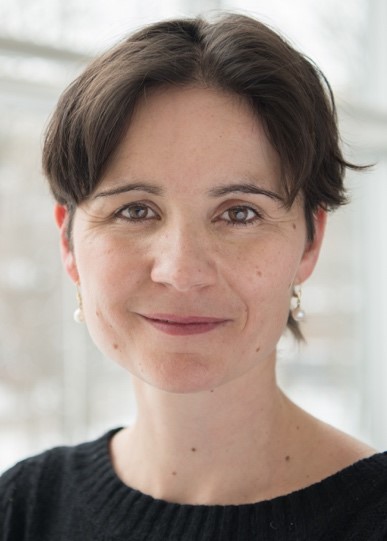 Aurélie Labbe is an associate professor at HEC Montréal in the Department of Decision Sciences. She received a PhD in Statistics from the University of Waterloo in 2005 under the supervision of Mary Thompson. Her dissertation focused on Bayesian analysis of gene expression data.

After receiving her PhD in 2005, Ms. Labbe was hired as an associate professor in Université Laval’s math and statistics department, where she taught until 2009. During her four years at Université Laval, she consolidated her knowledge and expanded her network of partners in the field of genetic statistics.

In 2009, she joined the Department of Epidemiology and Biostatistics and the Department of Psychiatry at McGill University, where she was first an assistant professor, then an associate professor until 2016. She is also a researcher at The Douglas Hospital Research Centre, a McGill affiliate. She has developed her research portfolio as a lead researcher on several projects funded in part by the Natural Sciences and Engineering Research Council (NSERC) and the Canadian Institutes of Health Research (CIHR) with the goal of developing statistical tools for analyzing gene data and methylation. These tools have further applications in neuroscience. She has also taken part in a number of collaborative projects in these fields.

In 2016, Ms. Labbe joined the Department of Decision Sciences at HEC Montréal as an associate professor and member of the Canada Excellence Research Chair in Data Science for Real-time Decision Making. She has since branched out to other fields of data science, focusing on the analytical challenges generated by data from intelligent transportation systems.